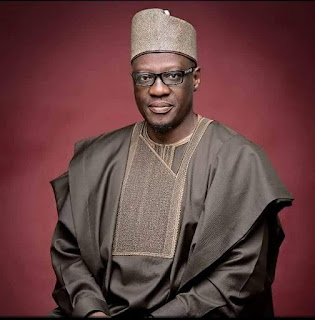 Kwara State Governor, Alhaji Abdulfatah Ahmed has condemned as unfortunate and unacceptable, the vandalization of billboards belonging to political parties and their candidates in the state by unknown persons.

Governor Ahmed, in a statement issued by his Senior Special Assistant on Media and Communication, Dr Muyideen Akorede, denounced the action and warned political parties, their candidates and supporters to desist from such actions in the interest of peace and harmonious coexistence that Kwara State is renowned for.

Alhaji Ahmed urged political parties and their candidates to campaign for votes in the forthcoming general elections on the basis on their ideas and plans for the electorate rather than deploying force, violent rhetoric or otherwise taking the law into their hands.

The Governor said only the Advertising Practitioners Council of Nigeria(APCON) and the Kwara State Signage and Advertising Agency (KWASAA) are authorized by law to either approve or remove outdoor advertising for non-compliance with existing regulations. He, therefore, stressed that the Police and other law enforcement agencies in the state have been advised to arrest and prosecute anyone either violating the law on outdoor advertising or illegally destroying billboards.

Alhaji Ahmed reiterated his call on the people of Kwara State to exercise their franchise freely without fear or favour in the 2019 elections and desist from any actions capable of creating crises, violence or otherwise disrupting the polls. The Governor said it is the responsibility of all concerned to ensure that Kwara State maintains its reputation for rancour-free campaigns and elections.

'2019 is for the Liberation of Kwara'. Kwara State SDP Governorship Candidate