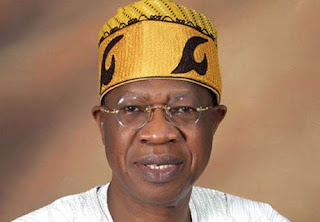 The Minister of Information and Culture, Alhaji Lai Mohammed, has said
this year’s election in Kwara State will not be determined by playing
the regional or religious cards, but by issues of good governance and
the improvement on the social well-being of the people.

The Minister, who made the remarks in Ilorin on Thursday, at a
sensitization forum for APC Women Leaders across the 16 Local
Governments in Kwara, said because of their desperation to retain
power, the political oligarchs in the state have now resorted to
playing the regional and religious cards to hoodwink the people.

“In this season of politics, everything goes. We are therefore calling
on our people to beware of those who are trying to sell snake oil to
them.
The issues we are concerned with here in Kwara have to do with good
governance and better life for our people. Our problem is not
ethnicity, it is not religion, it is not even gender. 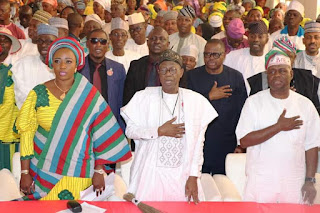 ”These elections will not be determined on the basis of ethnicity,
religion or gender. The main issues here have to do with how our state
has been governed in the past 50 years, 40 of which have been
dominated by them. What has happened to the commonwealth, which has
been cornered by them at the expense of the people. Where are the
roads and other infrastructures to justify the huge resources that
have accrued to the state? If you follow a path for so long, and it
leads you nowhere, won’t you try another path? These are the issues,”
he said.

Alhaji Mohammed dismissed as absolute lie the claim that some people
want to take Kwara to the Southwest Geo-Political Zone.

“I can speak for myself. I am a bona fide and proud Kwara citizen. My
father and mother are from here. No question about that. Our
gubernatorial candidate is unquestionably a proud Kwaran, from right
here in Ilorin, and there are no questions about his origins. So who
is the stranger here?” he queried.

The Minister recalled that at the recent launch of the PDP campaigns
in Kwara State, the party bigwigs claimed that President Buhari was
the cause of the under-development in the state, while ignoring the
fact that the Ilorin-Jebba-Mokwa road, which they took to Bode Saadu
where they launched their campaign, was rehabilitated by the Buhari
administration.

“That road was impassable during the time of the PDP, the same party
they are now touting as the one with the magic wand,” he said.

Alhaji Mohammed, who challenged the PDP government in Kwara to account
for the several bailouts funds they have received from the Federal
Government, said the state government could not pay workers salaries
despite receiving bailouts and Paris Club refund.

He said the oligarchs who are doling out their personal funds to help
offset workers’ salaries in Kwara are actually returning some of the
commonwealth they have looted, hence their questionable benevolence
should earn them nothing but public opprobrium.

The Minister tasked the women, whom he said are the closest to the
grassroots, to go out and counter the many lies of the PDP,

In her paper on the roles of women in politics, a Senior Lecturer of
Mass Communication at the University of Ilorin, Dr. Sa’adat Beki, said
it’s imperative for women to join politics in order to ensure that
things are done properly.

On her part, Mrs. Tawa Yusuf, who delivered a paper on behalf of the
General Manager of Sobi FM, Mrs. Mairo Mustapha, on the expectations
of Kwara women in the 2019 elections, charged the women to promote the
“O to ge” (enough is enough) slogan from the home-front to ensure that
all APC candidates are elected at the polls.

ABDULRASAQ IS READY FOR CHANGE AND READY TO LEAD. “OTO GE”