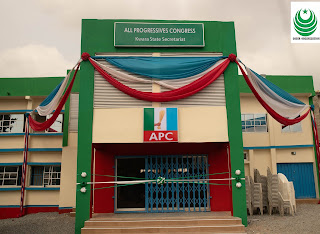 The hot ambition of the Peoples Democratic Party (PDP) to sustain its grip on Kwara State government has now become a terrible absurdity because rather than canvass views which would give the electorates an idea of what to expect if their candidates are voted for in the upcoming election, it has engaged in deliberate misinformation packaged to mislead.

The fear of Tinubu should  not run the PDP mad in kwara state but they should rather acknowledge his political  prowess and wisdom.The leadership of the party should therefore settle their score with Asiwaju rather than draw him into kwara politics.

His leadership of the party is incontrovertible and we can not be hoodwinked to operate in isolation.

The allegation by the PDP in a  sponsored  write-up which has gone viral where-in it stated that the  Kwara state All Progressives Congress (APC) has commenced the distribution of appointments by giving the National Leader of APC, Asiwaju Bola Tinubu two Commissioner slots, while  the honorable commissioner for Information, Alhaji Lai Mohammed gets the Chief of Staff and two SAs slots in anticipation of winning the March 9th governorship and state house of assembly elections, shows that the PDP and its leadership in Kwara state  are getting more and more empty in their hearts and more hopeless in their future endeavors.

This is premised on the fact that no amount of propaganda or molestation can stop  the people of Kwara state from exercising their franchise for their choice in the upcoming election.

But beyond the position being pushed by these miscreants of power, if memory serves us correctly, it is the Saraki dynasty that has always brought non Kwarans to manage our collective patrimony. There are vivid and veritable evidences in the last 16 years of their failed administrations. Many examples abound of how these ” foreigners” have been used as conduit pipes in juicy positions to loot our collective wealth.

Bukola Saraki is not in anyway better than Tinubu having subjugated us to abysmal misrule of his foreign cronies  from other states who occupied sensitive positions and are taking juicy contracts at the detriment of Kwarans.

The PDP is advised to confront Kwarans with their score sheet for the past 16 years rather  than embarking on futile political propaganda to win a lost battle in kwara state.

Kwarans are therefore assured of the sanctity of their hard fought independence  and freedom.

We urge the good people of Kwara state to disregard the PDP and its agents on this targeted distraction which is aimed at pouring scorn on our recent political success by discrediting the ” O to ge mantra.”

We task you to repeat the determination on March 9th to vote for Abdulrahman Abdulrasaq as Governor and all our House of Assembly candidates in their respective constituencies.