SDP GUBER CANDIDATE DID NOT DECAMP TO  APC. THE SDP GUBER AND HOUSE OF ASSEMBLY CANDIDATES ARE NOT FOR SALE /MERGER. 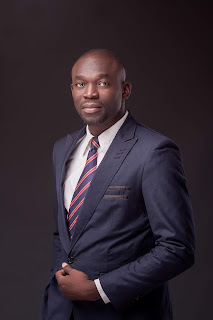 Our attention has been drawn to a mischief  being unleashed against the person of  the SDP gubernatorial candidate of Kwara State , Dr Olajide Joseph Adebola.

In a cheap ploy to mislead and misinform members of the general public   including our teeming party supporters, certain dubious elements have been perpetrating the ludicrous falsehood that Dr. Olajide Adebola has decamped from his chosen party,  SDP to APC.

This malicious rumor is believed to be issued and circulated by desperate political merchants working for APC with no interest  in true ‘Liberation’ of  Kwara; and who are willing to do anything to stop the SDP gubernatorial  candidate from contesting the election this weekend. It is now obvious that these unprincipled personalities will not stop at any level no matter how ignoble to satisfy their selfish ends.

Dr.  Olajide Joseph Adebola is a respectable and principled person whose political agenda is not for personal gain but for the good of his beloved Kwara State.  He will not therefore stoop so low as to sell the hope of Kwara’s liberation for a morsel of bread. Dr.  Adebola and indeed all  the other candidates to the State House of Assembly seats have absolutely no intention of backstabbing their supporters by turning to any other party for personal gain.  We therefore find the evil rumours deeply offensive and misleading.

We urge our supporters and  the general public to disregard such rumor and the rumour-mongers.We challenge party officials and members involved to be bold by coming into the open for Kwara to take them seriously.

Dr. Adebola and other State House of Assembly candidates are still very much in the race. We are calling on the people of Kwara to come out in their teeming numbers to vote for SDP on Saturday 9th March, 2019.

Waziri Yakubu Gobir congratulates Alhaji Abdulrahman Abdulrasaq, and the 24 House of Assembly candidates on their victory, which he described as a clean sweep.