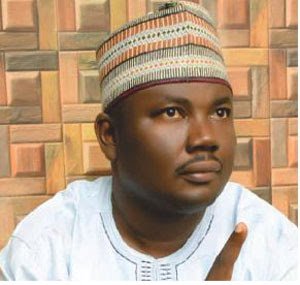 The outcome of the Presidential and National Assembly elections held on February 23rd has shown the direction where Nigerians are moving and the party that controls the center.

It is illogical for any ward or constituency in Kwara State to vote any other political party, if they are thinking of reaping benefits of democracy in their area.

The good works that Kwarans started on February 23rd must be completed this weekend. When they gave APC 100‰ votes in the Presidential and National Assembly elections, it simply means they were tired of the lots that foisted poverty, under development and high handedness in the corridors of power on us.

However, it is suicidal, illogical and politically incorrect for any community in this State to vote those that have been responsible for their woes. A vote for any of these marauders is a vote to extend poverty and under development.

In the same vein, we appreciate Kwarans for the overwhelming support given our dear leader, President Muhammadu Buhari on 23rd February.

We therefore urge you to repeat this feat on Saturday March 9th, when we shall finally nail the coffin of PDP in Kwara State.

We equally welcome the next Governor of Kwara State, Alhaji Abdulraham Abdulrazaq to Igbaja, Ifelodun Local Government Area of the State today in continuation of his campaign and consultation with the good people of the State.

Waziri Yakubu Gobir congratulates Alhaji Abdulrahman Abdulrasaq, and the 24 House of Assembly candidates on their victory, which he described as a clean sweep.

Waziri Yakubu Gobir commiserates with the Patigi Community over the demise of His Royal Highness, Alhaji Ibrahim Chatta Umar, Etsu of Patigi