We lost a rare Gem

Waziri Hausa, Alh. Yakubu Gobir, has described the demise of  Alhaji Mohammed Bello Ajibola Gobir who died on Saturday as a huge loss to Ilorin, Kwara State and Nigeria at large. 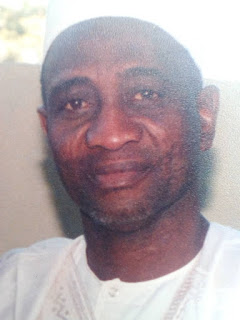 While extolling the virtues of the late veteran in journalism, Waziri acknowledged the contributions of Mohammed Gobir, to the media & journalism development of Nigeria.

According to him, the late journalist was a silent but great achiever in all facets of life.

In a statement issued today by Waziri Hausa: “The news of the passing of Alhaji Mohammed Bello Ajibola Gobir

“The late journalist died at a time the family, state and the country needed his wise counsel on state & national issues.

“He was a man of exceptional qualities.

“He championed the cause of a fair society in all his endeavours.

“Alhaji Mohammed Bello Ajibola Gobir was a shining light beyond the public circle.

“He will be remembered for promoting peaceful co-existence and unity in the State.

Waziri, urged the deceased’s family to be comforted by the good legacies their patriarch left behind, adding that Alhaji Mohammed Gobir’s name will remain unforgettable in the state & Nigeria.

Waziri, who commiserated with the family and people of Ilorin, called on the Children to sustain the ideals of the deceased.

He will be dearly missed. May Allah grant him jaanah and reward him for his wonderful & impactful time on this earth. Ameen

NIGERIA: THE TRAVAILS OF AN ANIMAL KINGDOM BY PROFESSOR ITSE SAGAY, SAN.

NIGERIA: THE TRAVAILS OF AN ANIMAL KINGDOM BY PROFESSOR ITSE SAGAY, SAN.