Governor AbdulRahman AbdulRazaq of Kwara State on Wednesday charged Nigerian youths to rise and confront problems that are militating against human survival. 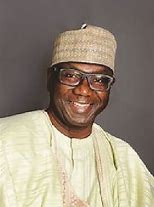 Speaking through his chief of staff, Alhaji Aminu Logun while inspecting repair of burst water pipes in several locations of Ilorin metropolis carried out by Kwara Youth Center and Association of Plumbers of Nigeria, the governor said, “this is a laudable selfless efforts”.

The governor said: youths must think and look inward to profer solutions to current issues of development. The global water crisis must not meet us unprepared. The crisis you see in Israel with her neighbours is essentially over River Jordan, forget others woven around it. 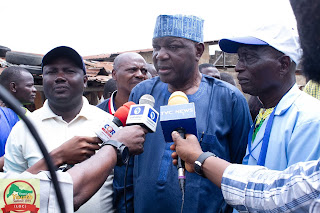 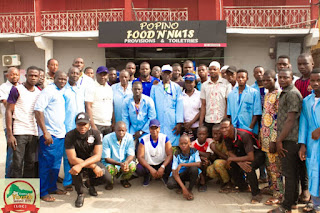 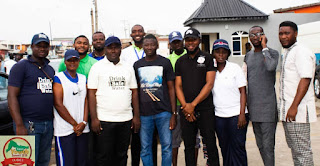 “You must be positive in your thinking and come up with ideas that can benefit our people. Watt who discovered electricity was a young man like you. There are a number societal problems that need your intervention, you must be available to solve them.

“We will continue to provide the enabling environment for fertilization of ideas. We will support genuine initiatives but don’t expect us to waste public funds on frivolous things.”

Governor AbdulRazaq commended Kwara Youth Center for using the occasion of Democracy Day to tackle one of the issues of development.

Meanwhile, converner Kwara Youth Center, Kayode Oyin-Zubair while showing the governor round jobs done, explained that, the directive given by the governor on water spured his group into action.

“The directive of your government that water must flow everywhere was a tonic to us. We saw that burst water pipes was another challenge owing to human activities and others, so we decided to support in fixing them. We have entered into an agreement with Association of Plumbers of Nigeria duly endorsed by the state leadership headed by Alhaji Suleiman Onigbari.

“We have entered into a similar agreement with a solar system research and training firm to fix power issues associated with pumping water from the boreholes among others.”

Oyin-Zubair added that there is plan to repair all dysfunctional boreholes in the state with logistic support from the government.

According to him, the youth centre has workable plans that are useful in primary health centres, public schools, agro – tourism, sports and creation of jobs.

The repair exercise was witnessed by the permanent secretary, Ministry of Water Resources and general manager, Kwara Water Corporation.