Against the background of expectations, I received a call at exactly 1pm on Wednesday (19/06/19) that the Kwara Youth Centre under the leadership of Hon. Kayode Oyin-Zubair would be having an audience with the new Sheriff in town, Gov. Abdulrahman Abdulrazaq, needless I say, I was filled with mixed feelings, nonetheless, I resolved innerly to make myself available for the said session. 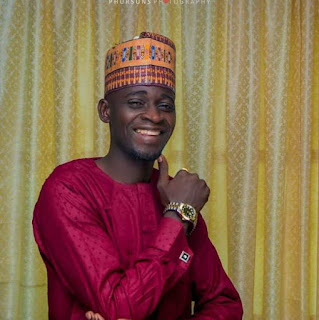 The team of 15 arrived the government house at exactly 5:15 pm and was ushered into the waiting room where we awaited the arrival of our host and at intervals, protocol officers came to apologize for keeping us waiting, disclosing that the Governor was in a meeting with the Speaker, Rt. Hon. Salihu Yakubu Danladi and the Directors of Personnel management of the 16 local government areas of the State who were at that meeting saddled with the responsibility of overseeing the local governments affairs as a result of the suspension of the LG Chairmen.

When he walked in, the aura of his office was absent as he humbly greeted everybody one after the other and tendered an unreserved apology for keeping us waiting. We settled quickly for the business of the day, which was to offer workable plans to the Governor on how to tap into the human resources of Kwara Youth Centre to drive government’s plans and ensure fulfillment of his campaign promises.

Speaking on the mission of the team, the group’s convener, Hon. Kayode Oyin-Zubair harped on the importance of having an up to date database, this he emphasized would assist the government tremendously in planning and implementation of government plans.

He said “For us, we’re not ready to join the onlookers or bystanders, we’re already discussing with partners towards ensuring we take on challenges facing our State and work out a partnership that’ll ensure a collective solution to the state problems.

“We’re passionate about using ICT to drive all facets of the economy, we know the best way to end unemployment is through active youth engagement and making them the catalyst to drive the State’s economy. We’ve identified vital sectors like Health, Education, Agriculture, ICT among others.

“One can only imagine what could be achieved with the active engagement and patronization of local artisans for government jobs. The value chain if measured will tremendously boost the economic activities in the State and help curb capital flight which is rampant due to outsourcing and importation of skilled labor from the Neighboring States and even Countries” he surmised.

AbdulRazaq while appreciating the team’s effort towards finding solutions to the numerous challenges the State is bedeviled with, confirmed that talks have reached an advanced stage for the state to be considered for the funds that would ensure the establishment of an innovation hubs in the area of high-end movie production and textile manufacturing.

“We are talking with the CBN on the innovation hub and I’m glad to inform you that our proposal to access the fund is receiving favorable ratings,”

AbdulRazaq said he envisions a state where the government would create the right environment for individuals to create wealth and employment rather than anyone relying exclusively on the government to give them a job.

Referring to his meeting with the Directors of Personnel Management (DPMs) in the local government areas where the executive and committees were suspended, AbdulRazaq said he would pursue e-governance to fast-track and ensure effective and proactive governance.

“I told the DPMs that everybody wanting to work with the government must be computer literate. We have to do things differently. We’ve got to run the efficient government,” he said.

While I have had the honor of having numerous interactive audiences and engagements with the then governorship candidate of the All Progressives Congress, Wednesday’s encounter was reassuring that he has kept the zeal and passion for development I saw in him in our numerous engagements during the campaigns.

With this encounter where he practically did a sectoral break down of all the challenges militating against the State’s growth and the possible sustainable ways out, I was left in no doubt that Kwara is in safe hands and all things being equal, Kwarans should have a genuine cause to witness conscientious governance for the first time in almost 2 decades.

I deduced he’s oblivious of the burden of expectations from Kwarans who are scared with the realities of decay and low morale he’s inheriting, the numerous pitfalls overtly created by the outgone government and the impatience of rent seekers, yet he kept emphasising that the successes of his administration will start manisfesting in its first 100 days in office.

Regardless of whatever sentiments one possess, it is Crystal glaring to all that Gov. Abdulrazaq is a clear departure from Gov. Abdulfatai’s sit-down put government house approach to Kwara’s issues. Abdulrazaq have thus far led from the front, by physically visiting places and his moves towards provision of domestic water which is one of the most important basic needs of man has been acknowledged by his fierciest critic.

With the target of 100 days celebration, I wouldn’t hesitate to take drum and dance if successes in tackling Youth unemployment, primary Health centres and the creative industry form the folcrum of achievements to be celebrated come 75 days time.

While not wanting to sound immodest, I can say loudly without fear of contradiction that the 2 hours spent interacting with the new Sheriff in town is unforgettable and a time well spent. The Kwara of our dreams is on the horizon.

Abdulrasheed Akogun is a media practitioner and a conscientious Kwara.