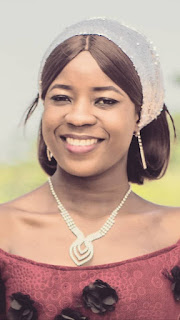 Politics according to the longman dictionary is defined as the activities concerned with the power relationship and government of a country.

On the other hand, culture is defined as the beliefs, customs, and way of life of a particular society. However, gender issues have to do with discrimination between the males and females are especially in Africa.

It is a diabolical means of Marginalizing women in both culture and politics. In Nigeria, the three main  ethnic groups (Yoruba, Hausa and Igbo) are practicing patriarchal system. Women’s right under this system are been restricted and male dominance is encouraged.

A succinct review in the historical background of gender in both culture and politics reveals that women are not favourable in decision making.

Hence, some still make indelible imprint in history. For example the likes of queen Amina of Zazu, queen Onikpi of Igala, Moremi of Ife and the host of others contributed their quota to history in recent past. Women such as Alhaja Sawaba Gambo, Margret Ekpo, Olufunmilayo Ransom Kuti, Madam Tinubu etc had their names written on golden platform.

Be as it may, the comtemporary women have been working on new developments both in politics and culture. However, the previous administrations since 1999 has encouraged gender mainstreaming.

Conclusively, culture and politics is playing a critical role in the development of a nation. Despite the multi- facetted nature of Nigeria, the current laws that are been prorogated are in favour of women participation in both culture and politics.

This has given birth to series of development in the high number of participation of women in politics and women’s extensive role in culture, By and large the women in historical perspective laid down the foundation of gender main streaming in our 21st century.