~Flags off state response to outbreak

Kwara State Governor AbdulRahman AbdulRazaq on Tuesday said it was a shame that the state recorded 50% of the new polio cases in Nigeria, saying he would deploy necessary resources to fight the virus. 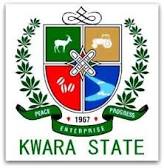 “It is a shame that Kwara has 50 percent of the new outbreak. We shouldn’t be dealing with fresh polio in this state now. But we will give the necessary supports to put an end to that,” AbdulRazaq said in Ilorin, the state capital, as he flagged off the polio outbreak response activities, exactly five years after the state government last supported routine polio immunisation programme.

The governor, who commended various global agencies for their support, urged parents and other stakeholders to key into the vaccination of under-five children to halt the spread of the deadly virus.

“I call on Kwarans to join hands with our partners to interrupt the transmission of the Polio virus in Kwara State and Nigeria at large,” he said.

“I am appealing to all mothers, caregivers, heads of households, religious bodies, markets and schools to as a matter of necessity make all children under 5years of age available for the vaccination exercise, irrespective of their previous vaccination status as the campaign will be conducted as many times as possible.

“It is highly unacceptable and inexcusable for any Parent, Care Giver or Government to watch our future generation being paralysed from a vaccine-preventable disease like Polio.”

Adamu said Kwara recorded 50% of the new polio cases because the state did not pay the necessary counterpart funds to immunise the children against the disease.

He said the governor’s response has shown him to be a responsive leader who cares for the children and the future of the state.

Dr Abimbola Folorunsho, Executive Secretary of the Kwara State Primary Healthcare Development Agency, also praised the Governor for his support for primary healthcare which she said has reflected in world bodies now willing to support the state on all fronts, especially polio.