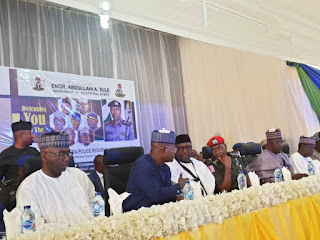 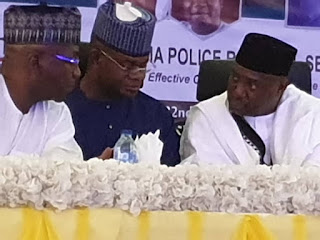 The Governors of the six North Central states of Kogi, Kwara, Niger, Benue, Plateau and Nassarawa are in Lafia to brainstorm on the need to review the security architecture of their various states in order to provide maximum security for lives and properties.

This is coming after the much talked about ‘Amotekun’, an initiative of the South Western states to control insecurity and banditry in that part of the country. At least, two North Central states including Kwara shares border with some of these South West states and if critical measures are not put in place, North Central will be a safe haven for the supposed criminals.

The North Central Governor’s Forum is taking more proactive measures to ensure the geopolitical zone is safe from all sorts of insecurity threats especially as ‘Amotekun’ has been launched in the South West.

The need to provide a more secure North Central that has had to deal with security challenges such as farmers/herdsmen has just received a boost.