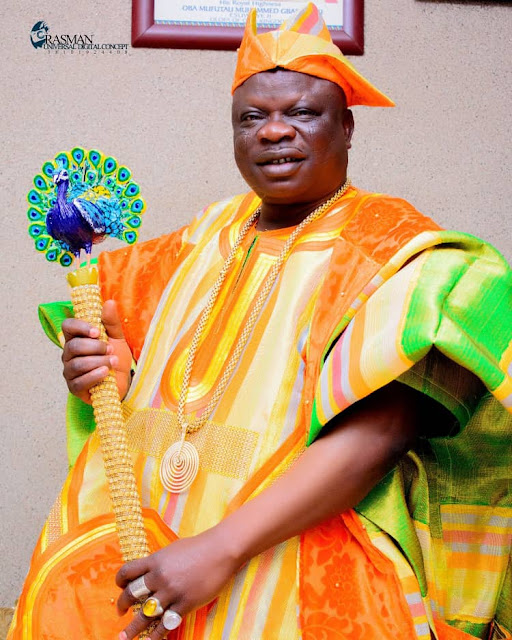 Kwara State Governor AbdulRahman AbdulRazaq on Monday felicitated with the Olofa of Offa Oba Mufutau Gbadamosi (Esuwoye II) on his 57th birthday anniversary, describing him as a highly respected Royal Father who has proudly used his resources and networks to enhance the lot of his people and bring colour to his exalted royal office.

“On behalf of his family, the people and government of Kwara State, the Governor congratulates the Olofa on his birthday anniversary. He is convinced that the Olofa has rightly earned the trust, respect and wide acceptance of the people of Offa through sheer generosity and genuine concern for their wellbeing and development,” according to a statement by Chief Press Secretary Rafiu Ajakaye.

“The Governor specially appreciates the support of the Olofa for the government’s developmental programmes, including the ongoing campaign to flatten the curve of Corona Virus in Kwara State. He prays the Almighty Allah to grant the Olofa many more years of good health in the service of his people and the state.”