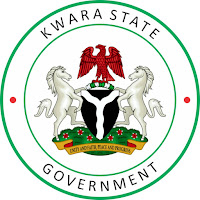 A five-day technical sessions to ascertain Kwara State’s compliance with the FG/World Bank-inspired States Fiscal Transparency, Accountability, and Sustainability (SFTAS) began on Monday in Ilorin, with local officials interfacing with independent verification agents (IVAs) from the office of the Auditor General of the Federation.

Kwara State Commissioner for Finance and Planning Florence Oyeyemi Olasumbo said at the opening session that the objective of the SFTAS is to strengthen fiscal responsibility and openness in government’s spendings.

She said SFTAS is mandated for all Nigerian states to become Public Financial Management Compliant with the support of the Federal Government, adding that Kwara is confident of winning more points than it did for the 2018 rating in which it won $5m (N1.8bn) for its compliance level.

“We are very pleased to welcome you here because SFTAS is one in which Kwara State has benefitted from. It is a World Bank programme in which the Federal Government receives funds as loan from the World Bank and in turn releases to the states of the federation as grants for complying with the necessary public financial management,” she said.

“The objective of this programme is to strengthen fiscal, accountability, transparency and fiscal responsibility in Nigeria. It provides performance-based grants and technical assistance for the period of four years (2018-2021) which is subject to (the state) attaining eligibility and satisfying certain conditions.

“Following the successful 2018 (Annual Performance Assessment (APA) when the state won $5m (1.8bn) grant for achieving some disbursement linked indicators (DLIs) across debt stock management fiscal transparency. In 2018, the state achieved five DLIs out of 14 and the state is ready to achieve more in the year 2019 APA to secure more grant. Publication of the annual approved budget and audited financial statement at due time have accorded us the opportunity to have the IVA team here.

“Today’s ceremony marks the beginning of a five-day visit of the IVAs. More than what we had in 2018, our main achievement in the year (2019) under review is the involvement and engagement of citizens for their input in our budget preparation. Other achievements are improved internally generated revenue and budget implementation report we published quarterly which shows how much we received and how much we spent.”

Victor Inyama, IVA team lead, said the team is in Kwara to verify the state’s finances as contained on its website, with a focus on its expenditure, procurement process, transparency, openness and sustainability.

“SFTAS is a federal government programme. The federal government needs openness in governance because it collected $750m from the World Bank which is to last for 4years with a total sum of $700m to be disbursed to states through DLIs for achievements. The function of the Auditor General’s Office is to come here to verify some information as a condition for the state to accessing the grant. We will interact with several government officials to collate necessary information,” he said.