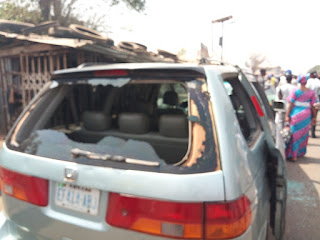 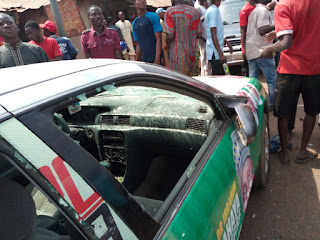 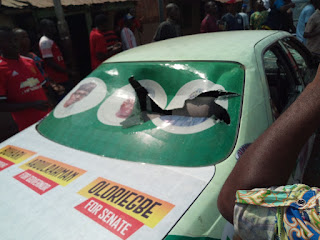 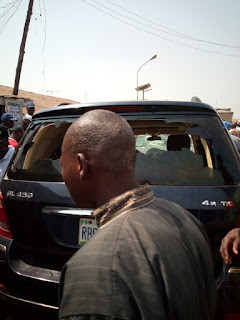 Kwara APC governorship candidate AbdulRahman AbdulRazaq on Sunday escaped death by the whiskers as suspected PDP thugs fired at a rally he was attending at Ode Alfa Nda area of the state capital.

AbdulRazaq, who had on Saturday begun a daring door-to-door mobilisation of voters in Ilorin, was quickly whisked away from the rally as thousands of party supporters also scampered for safety. The wo persons were seriously injured by gunshots fired by the thugs at the rally and have since been taken to the hospital.

The violence occurred almost simultaneously with similar attacks on APC supporters in Ile Aiyelabegan, a household that is a spit distance from the Agbaji homestead of the Senate President Bukola Saraki.

“We condemn this brazen resort to violence. This is getting out of hand. Nigerians are urged to prevail on the Senate president to prevail on his party thugs and stalwart to give peace a chance in Kwara. There is life after politics,” Rafiu Ajakaye, media aide to the AbdulRahman AbdulRazaq campaign organisation, said in a statement.

“We call on all the security agencies to buckle up and tame the monsters who are now terrorising everybody in not just Ilorin but everywhere in Kwara where people express their desire for freedom and life more abundant.”