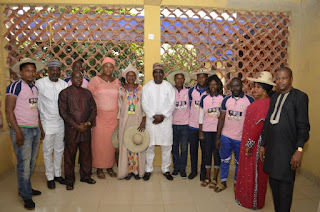 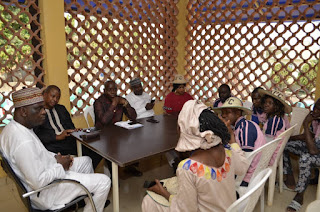 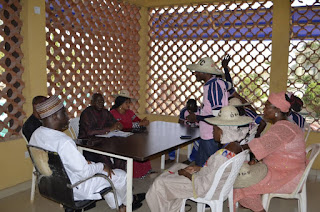 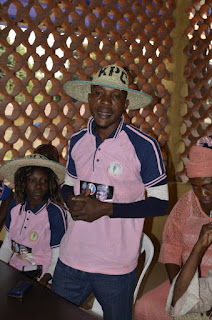 The group who met with the President of Gobir Organization, Alhaji Yakubu Gobir (Waziri Hausa), yesterday evening, on the 20th of January, 2019 at the UNITY HOUSE (The New APC Secretariat) in GRA, Ilorin, Expressed their grievances over the way the Kwara state is been governed and also about disunity in All Progressives Congress (APC) party.

In the speech of the president of the group Comrade Yusuf Mohammed, seek for the support of Alhaji Yakubu Gobir in the area of security, fund and mobility tools.

They also encouraged him to use what he is known for as a pacesetter to unite the party and take the party to the Next level everyone craves.

“We thank you Alhaji Yakubu Gobir for the good work you have been doing before and after the governorship primary of our great party, we salute your courage and urge you to continue with the noble act you started with.

We believe with God and you, we are save and our life is secure because you are a freedom fighter and our group promised to work with you tirelessly in re-election of President PMB/PYO in the forthcoming general election at the wards, local and the state level as they structure across the state. This group will need your help in terms of security, transportation for easy means and other things that will fast track our house to house campaign.” He concluded.

In response to the group at the Unity House, Waziri Gobir appreciate them for coming and for believing in the course he carried. He also said he is not here because of what he wants to make from Kwara but the freedom of Kwara which is top priority to him.

He adviced the group not to relent in the chosen course of re-electing PMB/PYO for the second term and he promised the group that frequent supports as he gave the group a branded new bus.