Home General I have lost a personal friend, Yaman Abdullahi cries out, as he mourns Etsu Patigi
NextPrevious 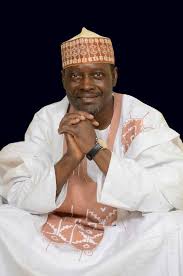 …… Narrates how monarch urges him to contest for Kwara governorship

I have lost a personal friend, an ardent supporter and an honest adviser.

In him, I found behind humility, a tough and fearless character once convinced of a course.

Chatta, as we used to fondly  call him before his flight to the pinnacle of Patigi royalty, was always loyal to friendship but usually brutally frank in opinion.

He was a great man with very progressive ideas.

He indeed encouraged  me to contest the last  governorship election in APC even as he urged Aliyu Ahman  Patigi to contest in PDP.

He was very concerned, as a fair minded leader that Kwara North would be short changed if no one came from the district to vie for the coveted seat.

To him, party was a platform; a mere means to an end.

He adored  Buhari and unequivocally announced it to the world thoroughly aware that he was endorsing the APC Presidential candidate while serving in a PDP state.  Such was the brutality of his courage.

HRH Alhaji Ibrahim Chatta Umar, the late Emir of Patigi  was a colossus with revolutionary ideas that towered over and above the architecture of the present traditional rulers authority.

A man with deep love for his people and a large heart for others with a detribalised attitude to life is leaving the stage too early.

I am traumatised that a close friend and ally with whom we had secretly whispered, hoped, planned,  for,and supported the freedom of Kwara state will leave just we reach the threshold of the liberation.

However,  to Allah we belong  and to him shall be our eventual return.  May Allah let Aljanatul Firdaus be his place of final abode.