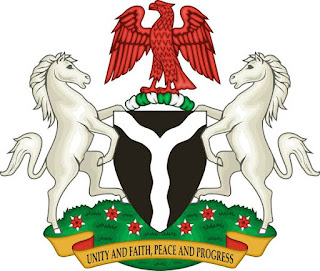 The Southern and Middle Belt Leaders Forum received with rude shoch the in-your-face impunity of the Buhari-led Government announcement of plan to set up an AM Radio Station for Fulani herdsmen to broadcast in Fulfude.

Minister of Education, Adamu Adamu, who confirmed the acquisition of the licence in Abuja, on Tuesday said the radio service will operate on frequency of 720KHz, and will be strictly on Fulani language.

He disclosed that plans are underway to secure funds for procurement and installation of requisite transmission equipment for the successful take-off of the radio station.

The Executive Secretary, National Commission for Nomadic Education (NCNE), Prof. Bashir Usman, explained that some veteran Hausa broadcasters have been contacted to develop programmes for the station.

The announcement came at a time the Federal Government has been acting as the information arm of Boko Haram and Fulani herdsmen by dissing the correct interpretation  of the groups activities as attempt to “Fulanise ” Nigeria.

We totally reject this insensitive decision of the government on the following fundamental grounds :

1) It smacks of hypocrisy and deception for a government that has in the last four years denied responsibility on behalf of  the Fulani herdsmen for crimes they even owned up to,to  now tell us it wants to set up a radio for them to address the same issues.

2) Section 55 of the 1999 Constitution recognises English,Yoruba ,Hausa and Igbo as Languages in which the official business of the National Assembly can be conducted .

There was no mention of Fulani which is not a language most northerners even understand. Why it’s sudden promotion to a language the Federal Government will set up a radio to promote ?Will it also set up radio stations for the officially recognised languages and the over 250 languages spoken in different parts of Nigeria?

3) We fear seriously that the proposed radio will become a weapon of spreading hate propaganda against other nationalities in Nigeria given the kid gloves treatment with which the Buhari administration has handled the killings of thousands of Nigerians in the last four years.

We are guided the genocide-aiding role radio played in inciting ordinary citizens to take part in the massacre of Tutsis and moderate Hutus during the Rwandan Genocide. Radio Rwanda and RTLM.

From 1993 to late 1994, RTLM was used by Hutu leaders to an extremist Hutu message and anti-Tusti disinformation by identifying specific targets and areas  where they could be found and encouraging progress of the genocide .In 1994 ,Rwanda Radio began to advance the same message by issuing directives on where to kill Tutsis and congratulating those who had already taken part .

4) Using the instrumentality of the Federal Government to set up a radio for Fulani herdsmen will throw a knife at the tiniest of the threads still holding Nigeria together as all illusions of an inclusive country would be removed and the rest of the country would conclude we are now under Fulani Government of Nigeria .

We therefore demand that the Federal Government should perish the thought of a Fulani  radio sponsored by government if it cares in any form about the corporate existence of the country.