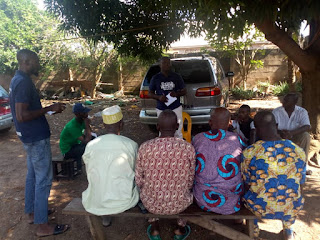 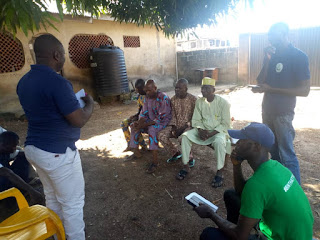 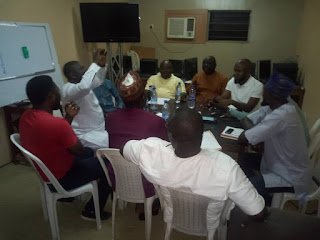 The venture is aimed at supporting the directive of the Executive Governor of Kwara State, Alhaji AbdulRahman AbdulRazaq that potable water must flow regularly in the State.

It will also help to reduce incidences of water loss to burst pipes that can either reduce pressure required to move up certain high planes or total cut off of many areas in the affected places.

The centre had equally secured a tacit support from the management of Kwara State Water Corporation to have a catalogue of affected locations in the State.

Speaking on behalf of the association at the parley in Ilorin today, Elder Joseph Akintayo said the union is a responsible trade union which is alive to issues relating to development of the state and her people.

According to the Board of Trustees (BoT) Chair, the association will supply all materials needed to fix the affected areas in Ilorin, Omu-Aran and Offa, while their members will be on ground to provide professional services free.

He continued that, the association is more than willing to partner the administration of Alhaji AbdulRahman AbdulRazaq in the area of water provision across the length and breath of the State.

Akintayo added that, the association will fix all dysfunctional boreholes across the 16 local government areas of the State, should government provide them with materials without taking a kobo from government.

Meanwhile, the convener of Kwara Youth Center, Kayode Oyin-Zubair commended the association for the very kind gesture which he said will not go unrewarded by the good people of Kwara State.

Oyin-Zubair used the space to call on other professional bodies to come up with other workable plans that can assist the government of Alhaji AbdulRahman AbdulRazaq to deliver on his people – oriented programs.

He said other high level interventions from corporate organisations and well meaning Kwarans will be seen across the State in the coming days. He encouraged all and sundry to take ownership of the government.

The parley which was at the instance of Kwara Youth Center had representatives of the centre and president of the association, Alhaji Suleiman Onigbare in attendance among other members of the State executive council.