Kwara Youth Center is using this medium to commend Governor AbdulRahman AbdulRazaq of Kwara State for making a commitment to release the sum of Twenty Five Million Naira (N25,000,000.00) to clear debts owed the electricity distribution company (IBEDC) by the past administration. 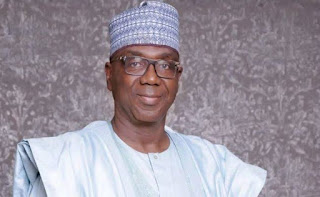 The governor through his chief of staff, Alhaji Aminu Logun re-echoed government’s commitment to have clean and safe water in every home in the State with the initial release of N25m out of the N42m owed IBEDC.

This gesture is not only heartwarming but a signal that, the governor is committed to every word he said on availability of water at all times in the state.

We are reaffirming our commitment and support for his administration at delivering on all people- oriented programmes to move our dear State to the next level.

The center which is the largest single community of young professionals in the State has identified six core areas of intervention and collaboration with the government of Alhaji AbdulRahman AbdulRazaq.

It will not be difficult to make impactful strides in the area of water provision among others, since we have been working in that direction in the last few years though unappreciated by the men of yesterday.

We shall be out in the next few days exploring potentials lurking in various localities for tourism benefits and foreign exchange earnings.