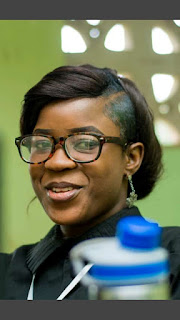 It is no more news that the abuse of drugs has become a great concern in our present society. The level at which the youth embrace the consumption or addiction of drugs has therefore, put a heavy burden on communities and religious leaders; frequently over loading welfare, treatment and law enforcement agencies.

A research finding reveals that in Nigeria, one in seven persons between the ages of 15-64 years had abused drugs.

Typically, the usage of illegal substances has become a menace in many countries such as Afghanistan, Myanmar, Columbia, Mexico etc. we will be looking at the Nigerian case here:

Drug abuse is the use of illegal drugs or over- the- counter drugs for purposes other than those for which they are meant for or in large amounts (Over-doze).  According to World Health Organization (WHO), Drug Abuse refers to the harmful or hazardous use of psychoactive substances including alcohol and illicit drugs.

Psychoactive substances can lead to Dependence Syndrome – a cluster of behavioral, cognitive, and physiological phenomena that develops after repeated substance use and that typically include a strong desire to take the drug, difficulties in controlling its use, persisting in its use despite harmful consequences, a higher priority given to drug use than to other activities and obligations, increased tolerance, and sometimes a physical withdrawal state.

These illegal drugs simply include the following: cannabis, opioids, stimulants, solvent or inhalants, tobacco and alcohol use. Few ways a person can take drugs includes through injection, inhalation and ingestion. The effects of the drugs depend on the usage.

Furthermore, talking about gender and drug use, a report revealed that, ‘’ proportionally, men abuse drugs the more in Nigeria than women. In the past year, women account for one in four hard drugs user in Nigeria. While men are 7 times more likely than women to use cannabis, the gender difference in the non-medical use of pharmaceutical opioids- such as tramadol, codeine, and morphine, tranquilizers and cough syrups containing codeine or dextromethorphan is less pronounced. Men are also more likely than women to be high risk drug users, including those who inject drugs’’(drug use in Nigeria 2018). The annual prevalence of drug abuse is reported as 21.8 percent or 10.8 million men than women.

Addiction or drug abuse therefore, has grave consequences on the human health and to the society at large. Some of the effects health wise includes; a weakened immune system, increase in the risk  of illnesses and infections, heart conditions ranging from abnormal heart beating rates to heart attacks and collapsed veins and blood vessels infection. Also, there is increased strain on the liver, which puts the person at risk of significant liver damage or liver failure. There could other serious medical conditions like seizure, stroke, mental confusion and brain damage.

The Social Consequence of drug abuse in Nigeria therefore includes; disruption in family lives, loss in productivity and legal problems. Also, 15% of the general population, the passive users had experienced negative effect due to other people’s illicit drug use in their environment.

On this note, to tackle this problem, families, community leaders, religious leaders, guardians are encouraged to orientate their children/ the youth in the society on the consequences of drug abuse both to their health and to the society at large. Also, they should show them love, care, and attention as they are the leaders of tomorrow.

Importantly, the stakeholders should increase knowledge of the effects of drug abuse and provide effective palliative interventions: by using the tools of communication, technology to achieve a huge increase in the knowledge of this menace and how to deal with it.

The NDLEA should implement an intelligence led policing model of targeting mid to high level traffickers: This will help to detect drug traffickers and cabal behind the production and distribution of these drugs.

Addressing stigma related to drug use:  Efforts to enhance the coverage, accessibility, and affordability of drug treatment services can only be effective if those services are based on scientific evidence and respect for human rights, and if the stigma associated with drug use can be mitigated. Such stigma can be overcome by increasing understanding, among the policy makers, civil society leaders, service providers, and the public at large, of drug use disorders as complex, multifaceted and relapsing chronic conditions that require continuing care and interventions from many discipline.

Evidence-based drug use prevention programmes: Prevention of drug use aims to help people, not only those of younger age, to avoid or delay the initiation of use of psychoactive substances, or if they have already started to avert the development of harmful use and substance use disorders. Effective prevention contributes significantly to the positive engagement of children, youth and adults with their families, schools, workplace and community. The International Standards present the evidence which suggests that among the different prevention programmes, those with a focus on parenting, families, and life skills education at different levels of children’s development (i.e., infancy, early and middle childhood, adolescence and adulthood), and focus needs of children at those stages of development are more effective than other interventions. In order to maximize the utilization of resources for effective and science-based prevention interventions the UNODC “International Standards on Drug Use Prevention” provide the necessary guidelines. These guidelines need to be considered in the expansion of evidence-based drug prevention programmes for children, both in school and out of school settings.