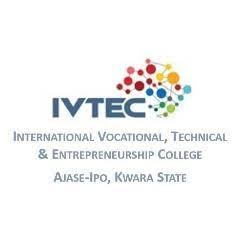 The Speaker, Kwara state House of Assembly has described the management structure of International Vocation and Technical College (IVTEC), Ajase Ipo as unacceptable.

The Speaker made this disclosure during the budget defense of the State’s Ministry of Education, when the Permanent Secretary of the Ministry revealed the College’s budget is only put under it, but operates directly under office of the former Governor, Alh. Abdulfatah Ahmed.

The Permanent Secretary, Hajia Mariam Garba said the Ministry of Education knows nothing about the College’s operation or finances and can therefore not speak for it.

The School Accountant, Best Oladapo who represented the College at the budget defence exercise before the House claimed the Rector is sick and cannot make it to the budget defence, and that is why he is standing in for him.

According to the Accountant who joined the College in 2019, the school have no student at the moment, but planning to admit new intakes by first week of February.

It was revealed that the College has no management staff; nn deputy Rector, Registrar or Bursar but operates under the sole administration of the Rector, Mr. Ade Somide who was appointed in 2017.

Expressing his displeasure, the Honorable Speaker said IVTEC, as it stands, appears only to be a conduit pipe, noting that “even a private filling station cannot be run in that reckless manner”.

He added that if the College is not accountable to a Ministry, such Ministry cannot present or defend its budget.

Considering argument that the National Board for Technical Education already accredited some of of its courses, it was resolved the budget is transferred to Ministry of Tertiary Education.

Meanwhile, the College’s budget was stepped down until the House meets the Rector and the Tertiary Education Ministry for concretized arrangement for ideal management of the College.

The 9th Assembly have so far thoroughly scrutinize the 2020 proposed budget of various government Ministries, Departments and Agencies, streamlining them to save cost and reflect the yearnings and aspirations of Kwarans.

Ibrahim Sheriff .A.
S. A., Media to the Speaker, Kwara state House of Assembly