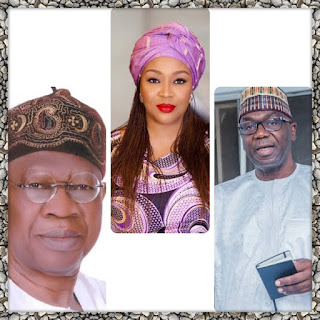 Have you ever wondered why the ocean waves move to and from the shore? Same here. And there are many other mysteries that catch my attention without answers to them. Chiefly amongst these is Kwara politics. I was wondering what Ifa would say, especially about the recent troubles in the family of the Kwara O toge liberators. 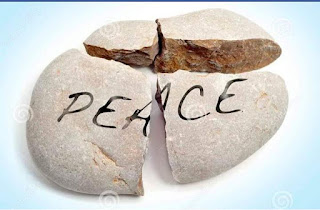 In an attempt to grasp, dissect, and proffer solution, I found solace once again in this IFA corpus; Odu OTURA IRETE (Otura Rete, Otura Tiyu), which linguistically can be translated in layman parlance to be ‘the broken peace’. Ifa corpuses can both be spiritual and scientific, so they are often times heavily pregnant and can’t be literally digested. I hope we’ll all read with an open mind and pick the inherent messagel.

Translation:
Let them keep on with their destructive character
And let us keep on mending the situation
This was the declaration of IFA to Abere (the needle)
Also declared same for Obe (knife)
When both were struggling for supremacy
Up to the house of Olodumare
They were asked to do Ebo (sacrifice)
It was only Abere that complied
Here comes Abere, the needle, the superior of Obe,
The Knife.

The sea’s move away from the earth as seen in this Odu reflects our subconsciousness. It is always refreshing with new ideas; and brings us to new beginnings; in order for us to be able to arrive in time, with emphasis on the right time. Often we refuse to learn new things and or let go of the old, to move on and away from situations, that may cause stagnation in our lives.

This odu was born with the reflux of the waves of the sea, producing the wear of the coasts. All situations can either wear you down and or take you away from your destiny by redirecting you.

This Odu was also born as the societal compass. One needs to have understanding and clarity in which way you are going in life. Don’t assume that you know with a compass.
(ifa/orisa/eguns/ancestors, and so on).

In Nature: the Odu gives birth to the reflux of the ocean waves.

Born in this Odu: The flow of the waves; Rebirth. Compass. Moderation. Disobedience that involves punishment.

Otura~Rete:  one who wakes up early in the morning and thinks about his activities! Among thorns and thistles, the young palm frond will shoot out. Joworo will never use up all his money, Jokole will never be a debtor. If Eesan owes a great deal of money, he will pay the debt. Amuwon is the ameso (one who has a good sense of what is right).

This corpus further preaches that ‘Leave those that damage things to continue doing it,
While we continue backstage, rearranging.

This was the message of Ifa for Abere, the Needle and for Obe, Knife when both were fighting for supremacy as seen in the corpus.

They were advised to offer atonement (ebo). When Abere, the needle had not yet shown its potential, he was admired by all. One day, Obe, Knife, called and told Abere– small and fragile, he was to be in equal status– not to see himself in the same circles of importance with him.

“What do you mean by that?,” He asked the Knife. “We have been moving at the same level without any problem for a long time. Why is this now?.” He asked again. Then, the Knife replied; “That was before. Now I hate you and I cannot stand having you beside me. It is needless.”

The Needle could not believe what he was hearing. He got sad but vowed to show Knife that Olodumare (God) had given him too talents and potential that were different from his.

This angered the Knife to the point where he called a show– to display what he was capable of doing.

When the day came, sets of fabrics were set before the Knife. This he proceeded to cut into pieces. Soon, the exhibition ended. The Knife could tear shreds into pieces. Okay.

Present to witness the display of “talent”, the people asked him what was to do with the pieces of fabric ?. The knife, perplexed by the question, went and took these fabrics and threw them in the dustbin.

After a while, there were shirts, skirts, outfits, hats and all kinds of useful pieces of clothing for humans. What had been considered trash transformed into something useful.

When people saw this, they concluded that the Needle was well talented and brilliant, because while the Knife used to cut and destroy the Needle was used to patch and build.

REFLECTION: We often think that we have power and can discard others at will, so may discard those who were with us– through thick and thin– without thoughts. We should desist from such acts because Olodumare created everyone talented and wise. EVERYONE IS BORN WITH DREAMS. But greatness achieved without sincerity is temporary. Therefore value others, respect and trust them like you would expect of them.

It’s hoped the governor, the party (APC) and the rest of us will see reason to learn one or two things from Odu Otura- Irete. Apologies if this opinion makes no sense or meaning to you.

Abdulrasheed Akogun is an Ilorin based media practitioner, he was the Director of Media and Publicity of the Abdulrahman Abdulrazaq Campaign Organization.
He can be reached via shoboiakogun@gmail.com