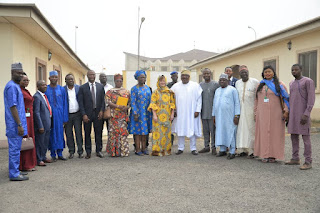 The Kwara State Government says it will continue partnership with stakeholders to expand access to quality and affordable healthcare in the state. The state Governor, Mallam AbdulRahman AbdulRazaq, stated this on Monday while receiving a delegation of Management Science for Health (MSH) led by its President and CEO, Marian Wentworth in his office. 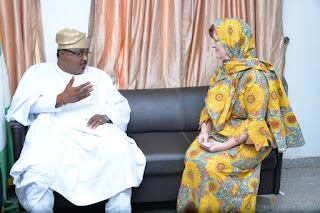 The Governor who was represented by his Deputy, Mr Kayode Alabi, commended MSH for contributing to improved the healthcare delivery system in the state and solicited greater collaboration with local and foreign partners. Mallam AbdulRazaq said that given the enormous health sector challenges, the government will sustain its partnership with MSH and other stakeholders in the sector.

This commitment, he said, is based on the administration’s recognition that quality healthcare is pivotal to the wellbeing and productivity of its citizens.

Earlier, the State Commissioner of Health, Dr Raji Razaq described the State’s Public Health Care as previously donor-dependent, which made partners exit the State until the inception of this present administration.

The Commissioner who was represented by the Ministry’s Permanent Secretary Alhaji Ilyasu Tsado, said the AbdulRazaq administration had changed the narrative in the State Healthcare by releasing Eighty-two Million Naira for Malaria Free Kwara project, One Hundred Million Naira for Basic Healthcare Provision fund and Fifty Million Naira for Accelerating Nutrition Results in Nigeria (ANRiN) project to support Malaria intervention in the State. The government, he said, used ANRiN, to scale up Malaria interventions to an additional Fifty-Six Public Health facilities with forty-six public health facilities awaiting coverage.

The Special Adviser to the Governor on Health, Professor Wale Suleiman congratulated Mrs Marian Wentworth for her forty-five years’ service on Healthcare intervention, including fifteen years in Nigeria.
He said the State will not only seek fresh grants from the agency but will also engage the MSH President in the Poverty Alleviation program of the State.