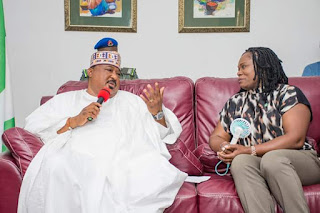 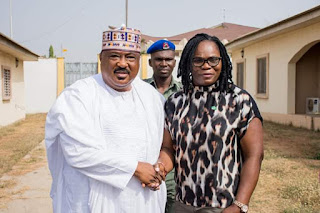 The Kwara State Government has urged sports stars in the country to serve as positive role models and mentors to youths.

Mr Alabi said the country’s youth need positive inspiration from successful role models such as sports stars who are popular among youths, according to a statement by his Chief Press Secretary, Modupe Joel.

He noted the importance of sport in the society and how sport can be a good source of livelihood for those who wish to build career from it.

The AbdulRazaq administration, he said, is leveraging the transformative and economic potentials of sports to positively engage the state’s youths.

The Deputy Governor therefore pledged support for ROBCOP’s initiative and solicited top sportsmen and women’s partnership for the administration’s initiatives in the sports sector.

Speaking earlier, the team leader, Mrs Ruth Balofin, a one time weight lifting champion, who has won many gold and silver medals at national and international levels, stated her commitment to weightlifting. Delta State -born Balofin said she returned to Kwara  to give back to the society where her stardom sprouted from.

Balofin, who is based in United Kingdom, indicated her intention to build a first of its kind weightlifting gym at the Ilorin Stadium complex where her career started from.

She therefore appealed to the state government to support her in reviving weightlifting at the stadium to nurture fresh talents.

Balofin said she became a weightlifting champion because someone also supported her dreams.