The surplus is often refered to as ‘having enough to consume and safe for the future.’

The historical abundance recorded between the 7th century BCE and third quarter of the 5th century BCE through the appointment of a young adult in his thirties to manage the “food security” programme of the ancient Egypt is about to repeat itself in Kwara.

The appointed young adult at the time toured the length and breath of the land gathering crops that are peculiar to the regions and storing them up in same places for they were in abundance.

His Excellency, the Executive Governor of Kwara State, Abdulrahman Abdulrazaq, has initiated the preparation for another abundance to make Kwara State have food security by the appointment of another young adult to coordinate and manage the affairs of the State Ministry of Agriculture and Rural Development.

Now, the Honourable Commissioner, Mrs Harriet Adenike Afolabi-Osatimehin has taken the bull by the horn in getting to know so much as expected of her to secure Kwara and Kwarans not only in adequate nutrition but also in safe and quality food and equally making players in the agriculture value chain smile to the banks as rewards for their labour.

It is a wish that the  Governor can, intensify the development of camp farms across regions in Kwara,  build storage facilities and implement novel ideas from the Honourable Commissioner and her team.

As we prepare for a new season, which will start in a short while, the growers and other stakeholders in the agricultural value chain in Kwara desire to have a better impact from the present team of experts from the Ministry of Agric and ADP via their Regionals Offices and Extension Supports Services. 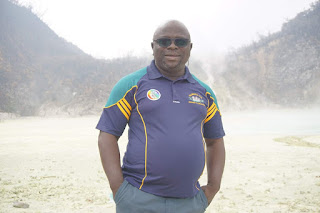 mindset of growers in Kwara and the present administration would have championed the course of a greater Kwara in agricultural development.

Cheers to a new dawn