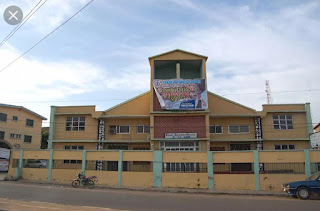 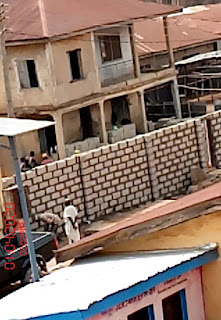 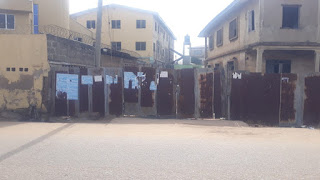 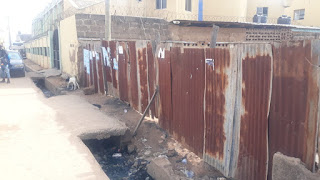 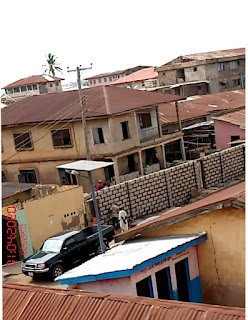 The OYETADE family of 3B, Sakama Street/Road, Off lbrahim Taiwo Road, write to express our dismay at the unseemly deployment of inhumane tactics by the Christ Apostolic Church, CAC Oke-Isegun, Ilorin DCC HEADQUARTERS, Taiwo Isale, Ilorin, Kwara State to bully the Oyetade family into submission.

Recently, our neighbours; the CHRIST APOSTOLIC CHURCH, OKE-ISEGUN in ILORIN acquired all other neighbours directly situated behind the church in a bid to expand their property. For the reasons stated in the paragraphs above, we outrightly refused to sell our house/land. What has followed has been an unholy barrage of strong-arming tactics designed to press-gang us into selling the house and/or to make things difficult for the Oyetade family henceforth.

Christ Apostolic Church, Oke-Isegun erected a tentative fence with corrugated iron sheets which made access to the Oyetade family house difficult. We foresaw what was to come and as a law-abiding family, we filed a suit at the Upper Area Court 1 of Kwara State in the Ilorin Judicial Division. The honourable court granted an injunction against the erection of any structure (fence and otherwise) that would impede the movement to and from the Oyetade home.

With the case in Court, one would think a church of God would obey the Court’s decision and stay the execution of radically permanent projects pending the final outcome of the case. But in a shocking turn of events over the last few days, Christ Apostolic Church, Oke-Isegun has defied court orders and erected a fence with building blocks that will definitively restrict the access link road of anyone to and fro the Oyetade family house. Furthermore, on the instruction of the church, some unscrupulous elements working on the illegal fencing refused us passage to the Oyetade house; citing the illegal fence as reason.

All efforts by the Oyetade family to amicably resolve this show of shame by the Oke-Isegun, Ilorin branch of the highly reputed CHRIST APOSTOLIC CHURCH has been rebuffed time and again by the elders  and a senior pastor of the church, Evangelist Akeredolu Emmanuel Toluwase. In fact, AFTER receiving the Court’s injunction, some hoodlums operating in the apparent interest of the church blocked passage to the Oyetade house while the illegal construction of the fence went on.

Ideally, the Christ Apostolic Church should be a paragon of morality and correctitude. Instead, it has been quite the opposite and we just have to bring these series of unfortunate events to the notice of the appropriate authorities. An international church of that magnitude should not wilfully flout the rule of law. It is unseemly, it is unholy, it is unGodly and most importantly, it is illegal to strong-arm a family into selling its property.

While the honourable court will handle the case once courts re-open after the corona virus is conquered, we write to appeal to the highest authorities of the CHRIST APOSTOLIC CHURCH and the general public to help stop this ghastly bullying of the Oyetade family.