Skip to content
Celebrating the Danladi in Kwara Speaker at 35 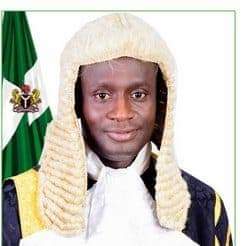 By Ibrahim Sheriff (Gold)
Today, Rt. Hon. Engr Salihu Yakubu Danladi, Speaker of the 9th Kwara state House of Assembly clocks 35 on the surface of earth. The sequence of the names and appendage of the Hon. Speaker in this piece is deliberately placed for a reason.
As a person, I am not swayed by, neither do I celebrate offices or status, but individual personalities, more reason we have people to celebrate across social status and political leanings.
Danladi has been tested for Abraham Lincoln’s assertion of the true character of a man, his character during adversity and as a common Kwaran did not change even as he ranks number 3 on the order of citizenship of Kwara state.
Danladi is a perfect example of Henry Ward Beecher’s powerful man under law of God, by which the higher branches must take the sunburn, while shading those that are lower. His tall tree has over the years deem it expedient to protect weak plants beneath. He is such a man not carried away by the aura of public office that he will become attitudinally toxic, just like many leaders world over, especially the emerging. He is a special breed of emerging leader.
He is firm yet humble, uncompromising yet respectful and determined at whatever he targets despite being compassionate. Yakubu Danladi is a not just a youth mobilizer but an ambassador of the young people, who is never shy of associating with, and motivate his immediate constituency.
The first time I met Rt. Hon. Yakubu Danladi Salihu was in the build up to the 2019 general elections in Gwanara, when he charismatically led young people to welcomed the campaign train of Mal. Lukman Olayiwola Mustapha, who was then one of the leading gubernatorial hopefuls.
He made a passionate presentation before His Royal Highness, the Emir of Gwanara at the palace.
He rode on motorbike to the Emir’s palace, amidst rousing cheers enough to convince any Tom, Dick or Harry of his appeal and acceptability among energetic Gwanara youths, hungry for change.
Amazingly, till date, Danladi still lived the usual life he lives almost 12 months after emerging Speaker of the 9th Kwara State House of Assembly.
It take a man true to his character to be attitudinally consistent and that dynamic flexibility is what I celebrate about my Principal, Danladi.
On your 35th birthday anniversary, I celebrate you for remaining the Yakubu-Danladi you were and remains, before becoming Rt. Hon. Salihu Yakubu Danladi, the emerging compassionate and incorruptible political tiger of the North of Kwara state.
Ibrahim Sheriff is the Special Assistant on Media to Rt. Hon. Saliu Yakubu Danladi.