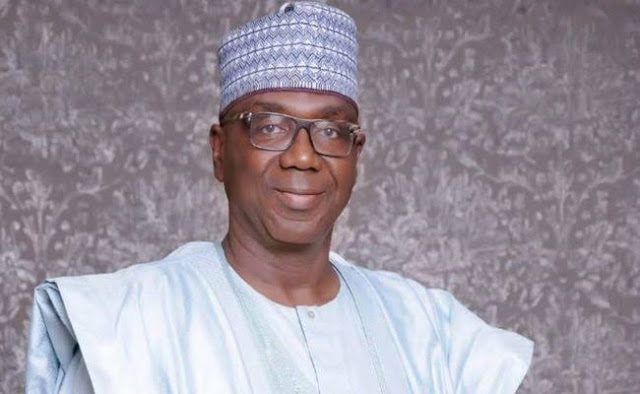 Kwara State Governor AbdulRahman AbdulRazaq on Tuesday inaugurated the commission of inquiry to examine the legality and fairness of the sale of public assets between 1999 and 2019 as well as the panel of inquiry to investigate allegations that his administration was diverting N300m of Local government funds.

While the commission of inquiry on the assets has two months to submit its report, the one on the local government funds was given two weeks to submit its findings, the Governor said at the inauguration.

AbdulRazaq meanwhile said the Economic and Financial Crimes Commission (EFCC) has since begun their probe into the local governments’ allocation and disbursements based on his official invitation to the anti-graft body to look into the matter.

He recalled that the Kwara State House of Assembly had also started looking into the allegations to ascertain the truth.

The Governor had on July 14th 2020 written to the EFCC to look into the allocations to all the 16 local government areas from the Federal Government, their shares of the internally generated revenue, and the disbursements of same to ascertain whether any money was being diverted as alleged.

The EFCC acknowledged the letter of the Governor on July 23rd 2020.

AbdulRazaq said the inquiry into the sale of assets fits into his pledge in his inaugural address to look into the past only to the extent that such would benefit the public and ensure that the mistakes of the past were not repeated by present occupiers of public office.

“The setting up of this commission of inquiry serves to establish the fairness and legality of how properties acquired with public funds were sold or acquired by private concerns. This is to be done with full considerations for the rights of all parties to fair hearing,” he told the commission members in Ilorin, the state capital.

“Where any of these public assets are found to have been unlawfully acquired or sold, the government will take all necessary steps to retrieve such along with other measures the commission may recommend to avert such in the future. In doing this, we recognise that we are setting a standard with which we may also be held to account after leaving office. This is why I urge every serving public official to remember this day and act accordingly. In other words, this is not so much about those who may be caught in this inquiry but so much about those of us serving and others to come after us.”

AbdulRazaq said the administration remains committed not to mismanage local government funds or any public funds, adding that the up-to-date payment of 100 percent salaries to the workers was due to the prudence of the government.

“Until our coming, salaries of local government workers have either been amputated or delayed for weeks with arrears that run into billions of naira. We ended the era of salary delays and incomplete salary majorly on account of prudence, discipline, and a determination not to mismanage public funds,” he said.

“I was therefore shocked to hear the allegation of persons diverting N300m from local government funds since we came on board. However, rather than let such claims go unattended, we felt that the right thing to do is to allow an unfettered scrutiny of every kobo that has accrued to the local governments and how such funds have been disbursed between May 29th 2019 and now.

“I believe this will deepen accountability, establish the true financial status of the local government areas, and contribute to the debate on wages, local government administration and grassroots development.

“My Lord, distinguished ladies and gentlemen, I thank you most sincerely for accepting to be part of this state assignment. I will not interfere in your proceedings nor will I authorise anyone to do so on our behalf.”

Retired Justice Mathew Adewara, chairman of the panel on local government funds, said the action of the Governor is akin to inviting outsiders to probe his own administration especially that the probe is restricted to his own tenure, adding: “We appreciate your boldness and courage in setting up the panel. It is a commendable step because it is like calling on somebody else to come and enquire into your own stewardship. We assure you that we will do our best as contained in the terms of reference.”

Retired Justice Olabanji Orilonishe, chairman of the the commission of inquiry on assets, said they would work as a team to deliver on the mandate as spelt out in their terms of reference.

Members of the commission of inquiry into the sale, disposal or unlawful acquisition of Kwara State Government between 29th May 1999 and 29th May, 2019 are Justice Orilonishe (retired); Job Kolawole Buremoh; Isiaka AbdulKarem; Safiya Usman; Salihu Yaru; and Mohammed Baba Orire.