Kwara Statetate APA chairman Mr Adebowale Adedeji in his address noted the need to build a working relationship between both parties to ensure proper advertising practice in the broadcast industry.

He said the association is looking forward to working actively with professionals for the ultimate goal of creating a prosperous business environment in Kwara state noting that the visit will seal an existing cordial relationship between both parties. 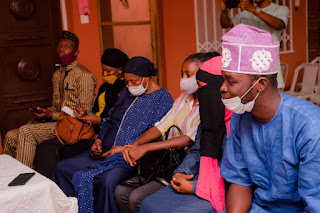 The APA state treasurer Mrs. Segilola Alaya while congratulating FIBAN new set of executives, she told them not to see APA as a threat to their practice but rather a body that is dedicated toward helping them achieve appropriate media practice in the state. She also stressed that the state needs to be on the same page with other states in the nation. 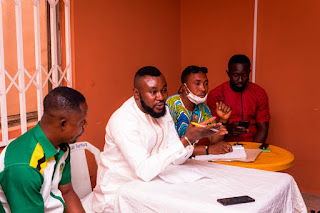 Secretary of the association Mrs. Medinat-Adigun Oladotun also stressed that the association is majorly focused on regulating the advertising space stressing that inadequate regulation is making professionals lose their jobs in the media industry.

In his remarks the FIBAN chairman, Mr. Suleiman Abimbola appreciated the executives for the visit saying that their doors are always opened to ensure a good relationship between its members and APA. He stressed that they are willing to work with the association to achieve a better business environment in Kwara state.